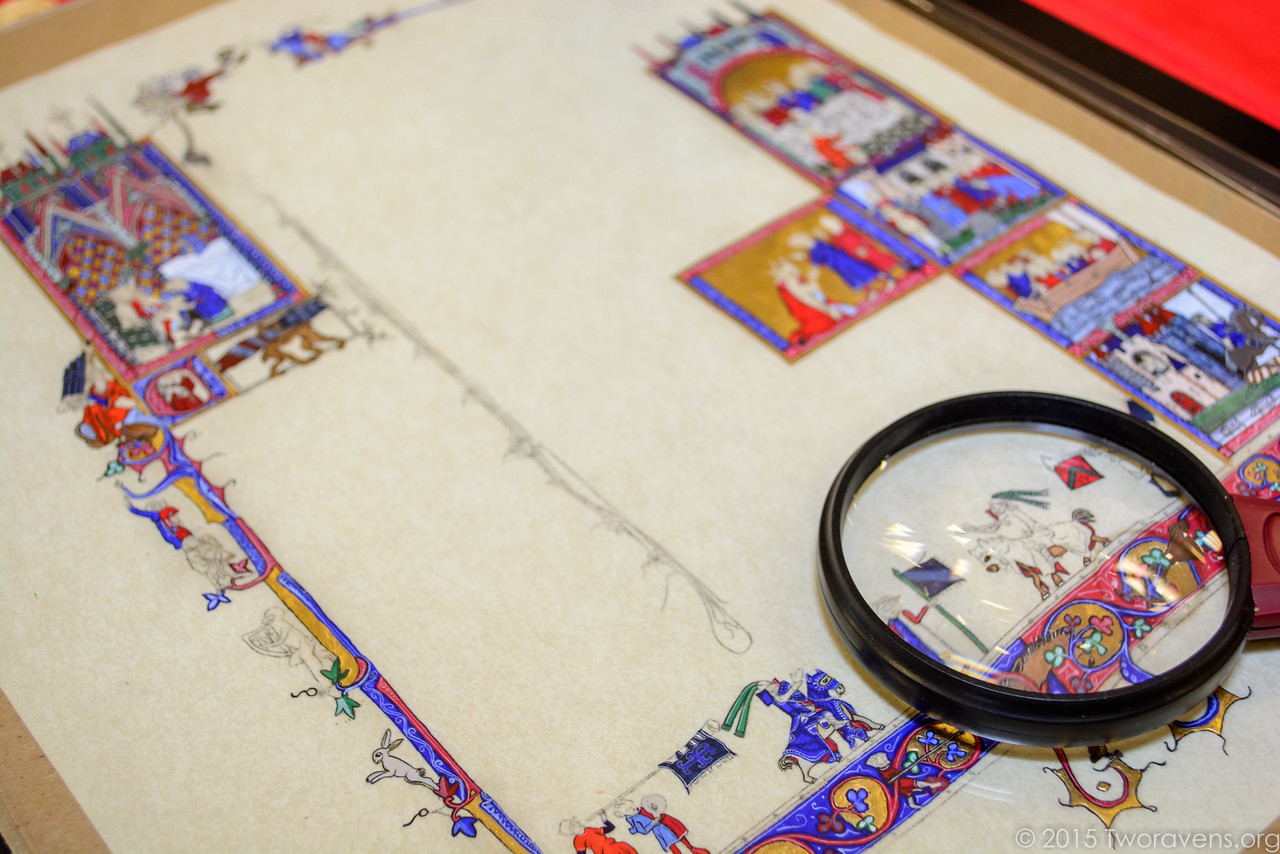 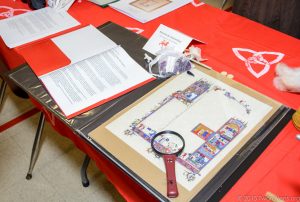 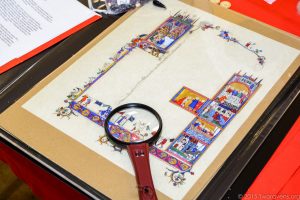 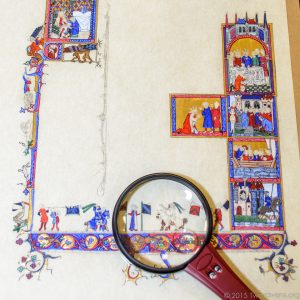 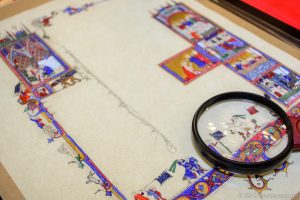 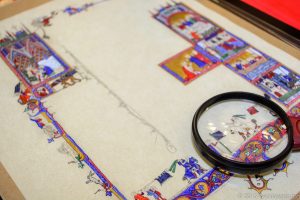 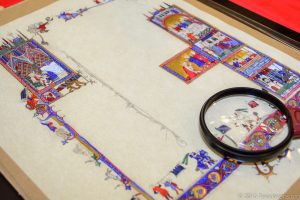 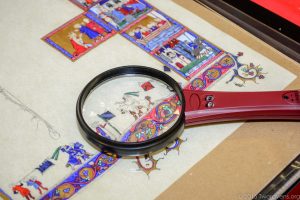 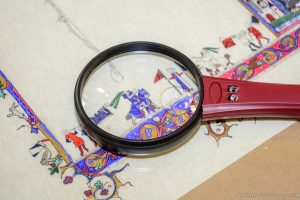 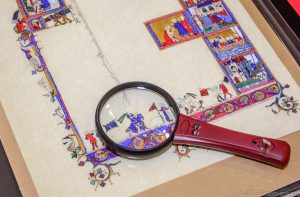 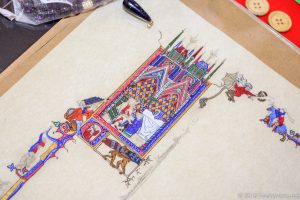 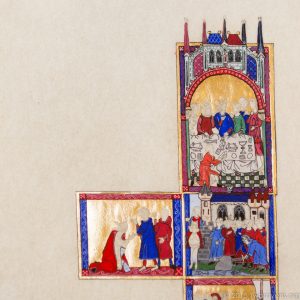 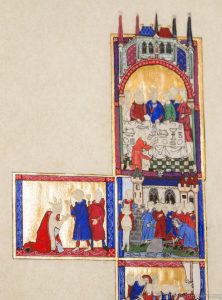 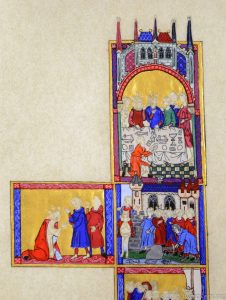 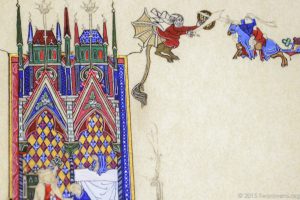 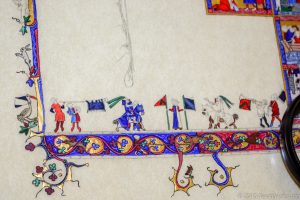 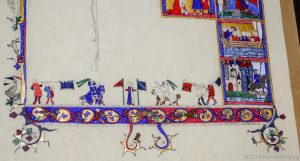 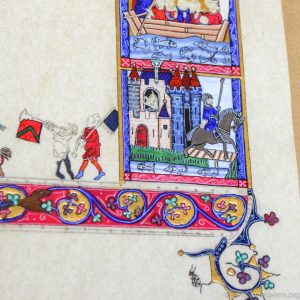 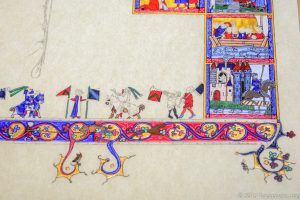 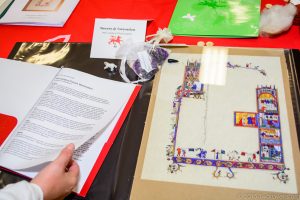 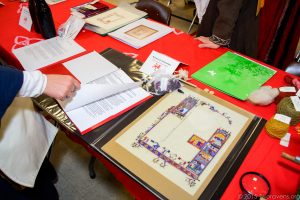 I was asked to do this backlog scroll of honour for Nigel I and Adrielle I by Master Piero.  He suggested a bar and ivy design, but I didn’t want to do just a basic bar and ivy design, so I searched and found this.  It was a great fit for their 14th century French personas, and tells the story of King Arthur and the quest for the holy grail.

It was my first time using real gold on a piece, and the most detailed miniature work I have ever done.  In the two weeks leading up to QPT, I spent over 100 hours on it.  The illumination was done before the calligraphy because I haven’t done calligraphy much in about 20 years, and was never any good at it when I did it back then, so I will be having Master Piero do it.  There wasn’t time beforehand due to geography.

I was surprised and honoured at the event when, even though my project wasn’t finished, I was awarded the Queen’s Prize by Her Majesty Queen Domhnail.  I was also thrilled that Their Highnesses Nigel and Adrielle loved it.  It even drew a few tears.  Success.

I displayed the completed illumination at Kingdom A&S 2016.  I will post pictures of the completed work when I can get some really good, detailed ones.