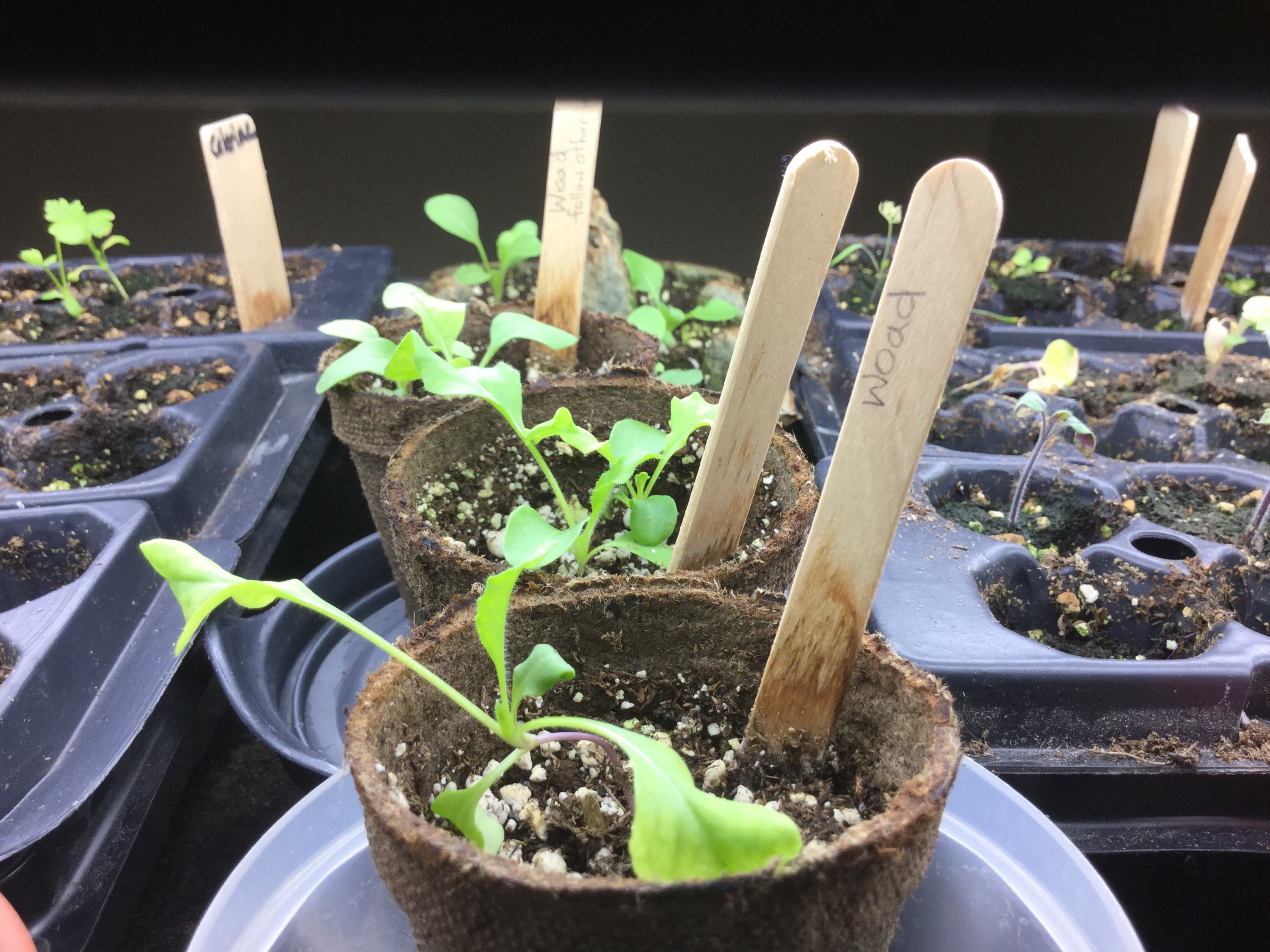 March 2016 – Purchased seeds, began indoor planting and removed sod from one side of our yard in preparation for planting grains and herbs/dye plants/medicinals.

March 28, 2016 – After the long-awaited seeds have finally arrived, began planting dye plants indoors. Got the indigo, woad, pasque flower, lady’s bedstraw, and marjoram planted. The indigo was really difficult to scarify. I hope it works.

April 11, 2016 – Flax, bere barley, and einkorn wheat planted outdoors, wheat on left, flax in middle, barley on right. Einkorn wheat is considered stone age wheat because the variety has been around for an estimated 50,000 years.  Bere barley is another heirloom variety.  Flax comes in many varieties, but only one is used for making fibre and oils.  Depending on your intended purpose with the flax, you would harvest it earlier or later.  I am also growing a golden flax flower, but that one will be ornamental.

Our soil is very clay-based, so we threw a little bit of garden soil on top of them to bury them, rather than cover them with heavy clay. I hope the good garden soil doesn’t prevent the barley (or anything else) from germinating and growing. Some of the wheat was just raked over to close the furrows,  so it has no garden soil. I hope that doesn’t kill it. The flax seeds were very hard to plant 1″ apart because of how slippery and thin they were. The barley was easiest to plant. The wheat had pokey bits that made it hard to handle, and I could only pick each seed from my hand one by one. I really meant to get this into the ground sooner, but I had to wait for the ground to be ready, Christopher to be home to help create furrows, and a non-rainy or snowy day. I know all these rainy days I missed are exactly what the grain likes to grow in. I have several woad shoots indoors now, but the indigo has yet to germinate. I may try soaking before scarifying next time. I planted madder yesterday because it said it could be started outdoors a little later, and I had run out of flats. Pasque flower will take a while because it has to stratify by being under lights, then in fridge, then under lights again. No lady’s bedstraw yet, but the marjoram and marigolds are starting to sprout.

April 20, 2016 – Success! I now have neat little rows of wheat, flax, and barley growing in the backyard.  I do hope the soil’s not too hard for proper rooting.  Meuric was nice enough to help hand-till it as much as he could, but it is very heavy soil. 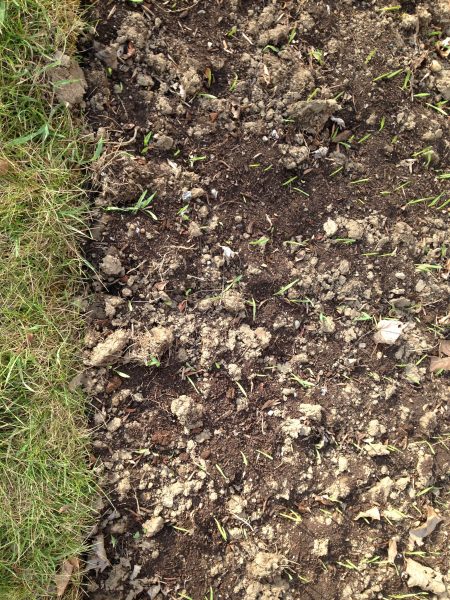 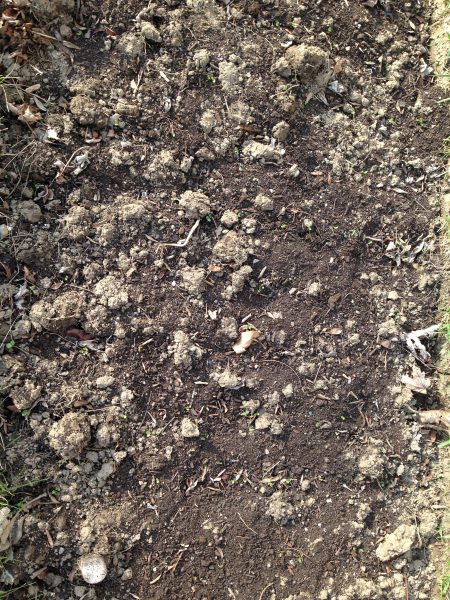 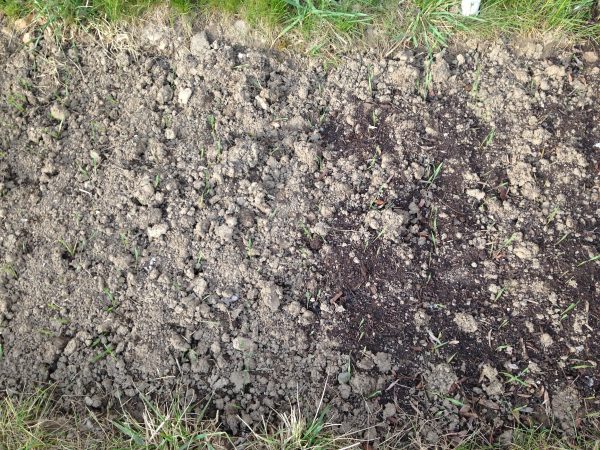 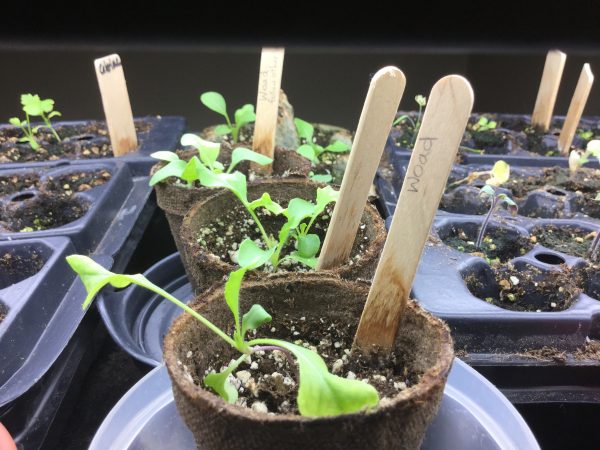 My woad is growing well 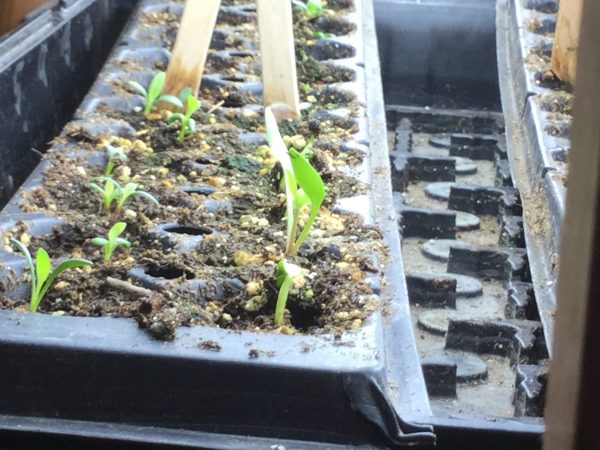 Sweet marjoram’s coming up, but I only have one golden margeurite sprout.  Indigo and lady’s bedstraw are not germinating.  I’m going to try soaking the indigo seeds before scarifying them, since I had some trouble last time, and replanting the lady’s bedstraw and golden margeurite.  It’s far too soon to tell for the pasque flower.  The instructions said to leave under lights for a month, then stratify in the fridge for a month and then put back under lights until they germinate. 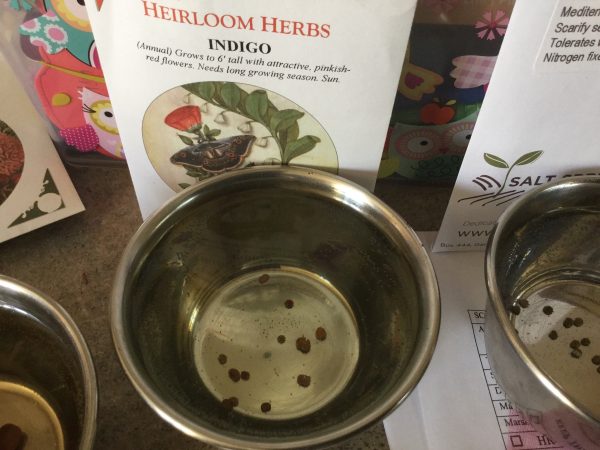 After a day of soaking, half of my indigo seeds swelled up and were easy to scarify with my thumbnail.  So I planted them.  The remainder I attempted to scratch with a knife or sandpaper – still nothing, so I poured boiling water on them.  That seemed to work for about half of the remaining indigo seeds.