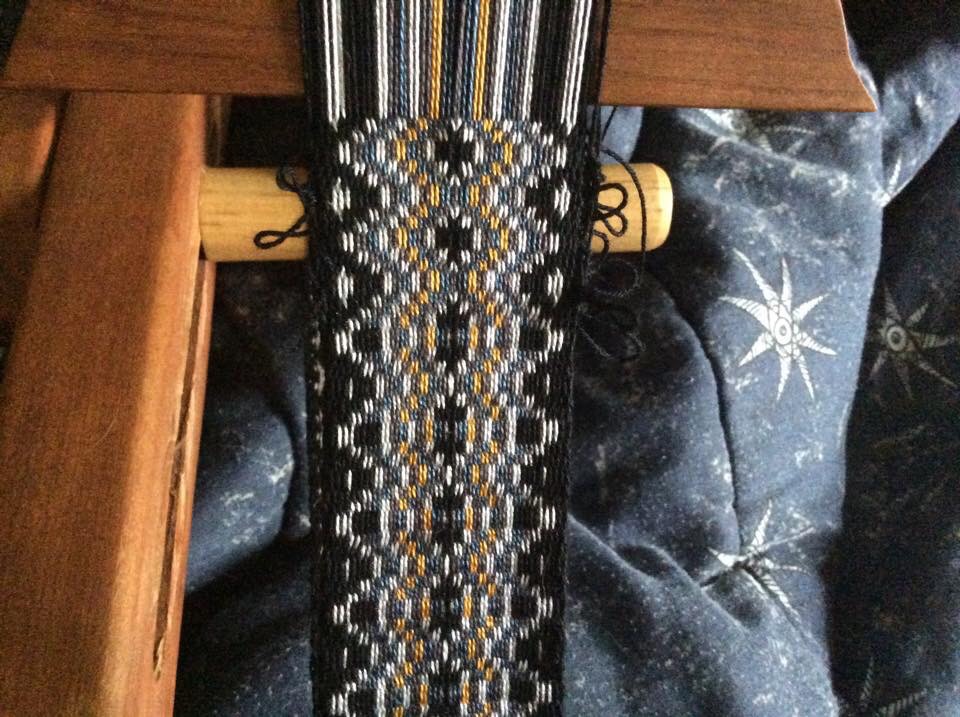 After my first utter failure (in my mind) of my tablet weaving, at least as far as creating the pattern I wanted, I decided to do a simpler pattern.  I found something in a book that was 48 cards wide, and then I reproduced it in new cotton colours, with no metallic threads and with a bit of a border added to each edge.  I believe the final band was 52 or 54 cards.  This one was intended to be able to be used as trim on anything, so I made it REALLY long – the full length that would fit on my loom.  I believe that’s 9 yards.The picture below shows a test that I did to fix the pattern when I was about 1/4 done (that’s why the weft is sticking out the sides all over the place) – I decided to continue as-is rather than fixing the pattern, so all that got taken out. 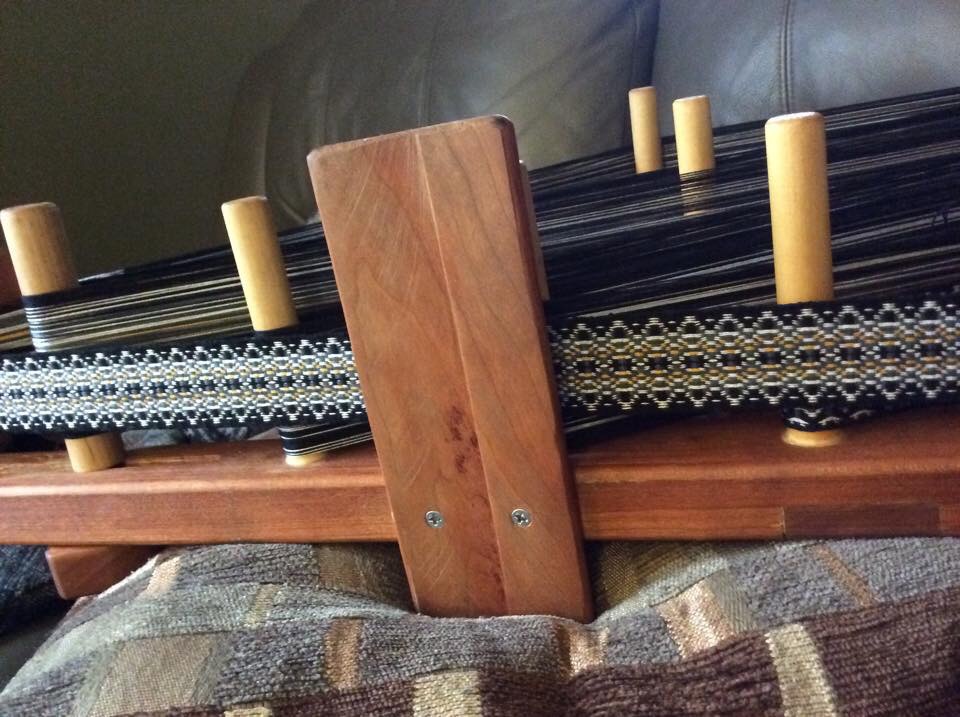 This band was the prize given to the Pentathlon winner of Kingdom A&S 2016 (along with some homemade soap and a stab bound book).